If I should put a price tag on sheer enthusiasm, I would start at one billion. At least. Not all stories start with a success story sadly !

Let’s go back few weeks. I managed to get a little ISK on the side and decided to try my hand at industry (again) with an initial investment of 2 billions. While I absolutely love the industrial aspect in EvE Online, and while I believe I am at east with numbers, maths and optimization problems, my (several) half-attempts somehow failed previously.

I heard that one picture is worth ten thousands words, and this one illustrates perfectly

For my defense, living actively in a wormhole since two years makes me forget about those blueprints all the time.

So I started with two billions, one Raitaru at my disposition and a great tool named EVE Isk per Hour. Since logistic in a pain in W-Space, I decided to go for low volume – high margin items, and more especially this little gem :

Capital Trimark Armor Pump II Blueprint, here I come ! I bought one BPO, quickly used the “Select Decryptor” menu on EvE IPH to find the best decryptor to use, launched some invention, and I ended up with my first mistake : 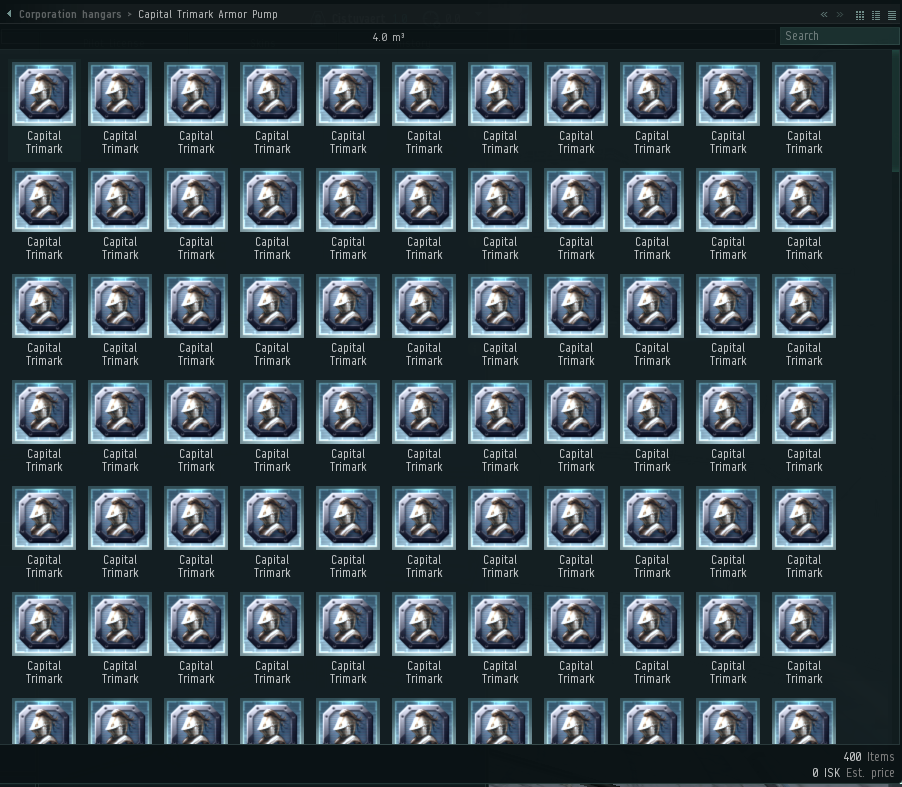 Instead of creating one BPC with 500 runs, I created 500 BPC for one run. Even with ten slots available, invention is going to be a bit less fun that expected (and I am not sure I expected much fun at this particular step).

One thing which is extremely interesting about T2 rigs is that you don’t need the T1 version in the build components, you only need raw mats coming from salvage. For this one, you are especially looking at Intact Armor Plates. Those are quite expensive, and linked to the second error I made.

This is the price graph of those Intact Armor Plates in The Forge, where I bought most of them. As you can notice, there is a light price spike in the last week. Sadly, this is enough to create a big damp in my margin. Guess who bought items at this time without double checking ? Right, second error. At this point, I am mainly thinking about just getting back my initial investment before thinking again and avoiding other mistakes.

In the end, I have some items in Jita in sell orders, the competition is quite active but it’s refreshing (at least something I know and expected !). I put the rigs to sell directly from Jita 4-4, but I may do it from a citadel in Perimeter next. Those broker fees hurt, especially on high value items such as those.

What about those 1b lost you wonder ? I was a moron and thought that hauling few jumps in low sec wouldn’t be a problem, and that was the only k-space exit in our chain at this moment.

I guess I’ll have to be less stupid next time 🙂